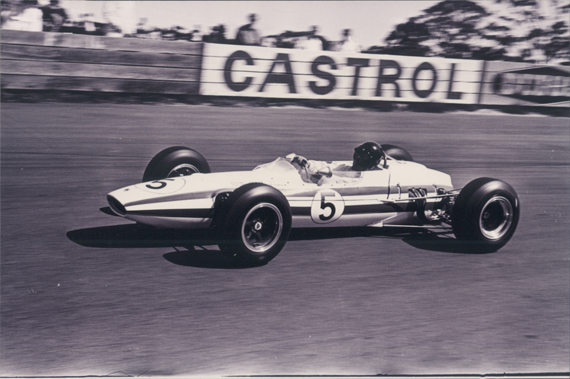 Leo Geoghegan’s famous white 1964 Lotus 32 twincam 1500 is to return to Australia for the Tasman Revival.

Now back in its iconic and distinctive Total Team coloured livery, the car is owned and raced by Peter Studer from Switzerland. The car will arrive with others from the UK.

Back in 1964, Leo won first time out in the Hordern Trophy at Warwick Farm. This augured well for the upcoming Tasman Series and indeed Leo was the first 1.5 litre car home in the New Zealand GP, finishing 6th. In Australia Leo finished 8th in the Warwick Farm Tasman event. Later that year Leo took a string of 2nd places beating many 2.5 litre cars along the way. In 1966 Leo took delivery of the ex-Jim Clark Lotus 39 and the 32 was sold. Leo still has very fond memories of his time with this wonderful Lotus. 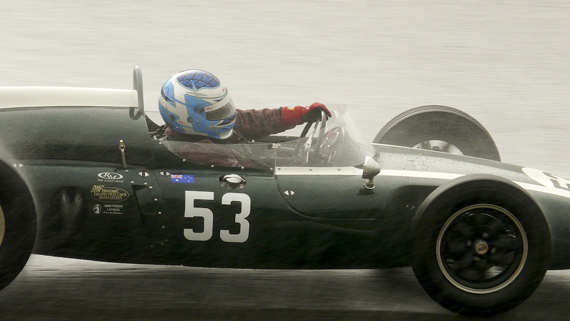 Tasmanian Scotty Taylor will make his debut at a Tasman Revival in his Cooper Type 53, which he has used extensively in the UK and Europe.

Scotty Taylor is no stranger to Australian circuits, having driven Bathurst on an incredible 21 occasions. These days Scotty spends 6 months of the year in the “over there” racing a number of historic cars including his Cooper Type 53 and a Lotus 18 which he bought at a Bonhams auction here in 2008 from the John Dawson-Damer collection.

The Cooper Type 53 has a real significance to the Australian scene as it was in one of these that Sir Jack Brabham won his 2nd world championship with in 1960. The car will definitely put Scotty at the sharp end of the early 1960s category of the Tasman Revival race, a place he is used to being when competing in the UK and Europe with the car.