Image thanks to Craig Marsland

Heritage Touring Cars will bring several historic Group C and A cars out for their debut with the series at the 2022 HSRCA Sydney Classic, amongst a strong entry that will see close to 30 historic Group C & A touring cars compete.

The Group A ex-AMG-Mercedes 190E 2.5-16 Evo2 of Meon Nehrybecki is an exciting addition to Heritage Touring Cars, and will run with the series for the first time over the weekend.

Built by AMG-Mercedes for the 1991 DTM (Deutsche Tourenwagen Meisterschaft) season, it competed with MS-Jet-Racing in a yellow and white Kärcher livery piloted by Jörg van Ommen and Frank Schmickler. Regarded as one of the most original cars remaining, it retains its original paint, radio and other special parts unique to the 1992 works racing cars. The team ran it again in 1992, using it as the T-car, Van Ommen returning to the seat, joined by Formula 1 driver Jacques Laffite. Late in the season it went to AMG-Mercedes, where it was used again for testing and development with Klaus Ludwig and Bernd Schneider.

The E38 Charger to be piloted by Craig Marsland at the event has a wonderful local history. It was originally owned by New Zealand driver Doug Jack, who moved to Australia in the early 1970s and purchased it as his daily driver. In 1975 he met Craig racing a road-registered 265 XL Charger at a meeting at Wanneroo, and decided to give motor sport a go.

So, he took the Charger off the road and converted it into a Group C race car, racing in 1976 and upgrading it to E49 specifications for 1977, competing against many local stars as well as names like Moffat and Brock. He raced the car further in the early ‘80s, experimenting with different developments, including a 340 V8 and automatic gearbox, before it went into a shed while he worked on business and family life. Image thanks to Craig Marsland

Craig purchased the car in the 1990s as a rolling shell with compliance plate and remaining race parts including special torsion bars, front race brake rotors, factory exhaust headers and its full aluminium roll cage. In very clean condition, the plan was to return it to the road, but the Heritage Touring Car movement was firing up so Craig decided to restore it to its 1977 Group C specification as one of the very few remaining Chargers of the era.

Craig completed all of the work himself, with Doug helping both with reference and in the workshop. The car received its Certificate of Description in 2021, and we’re thrilled to see it compete at the Sydney Classic for its first outing since 1985.

Two significant George Fury cars will also come out to run with the series for the first time. Brian Henderson will run the #15 Nissan Bluebird Turbo that Fury piloted to pole position at Bathurst in 1984, during Group A’s first appearance in the great race and Group C’s last. This will be the car’s first appearance at Sydney Motorsport Park. Meanwhile, Adam Workman will be on board the sister car – George Fury’s first Nissan Bluebird Turbo. These drivers join a world-beating field of Group C & A Bathurst legends. The Nissan boys will be joined by Tony Alford in ‘Godzilla’, the 1991 Sandown 500-winning GIO Nissan Skyline GT-R, with Japan’s touring car efforts extremely well represented at the event. BMW fans will have a trio of storied M3s to cheer on. Rick Allen will steer the ex-Tony Longhurst/Johnny Cecotto Benson & Hedges BMW E30 M3, one of the last Group A M3s built. David Towe’s JPS M3 made its racing debut in the 1987 James Hardie 1000 and has built an impressive career in Heritage Touring Cars racing in David’s hands. Bill Cutler will complete the trio in the BMW Motorsport M3, with Tony Pallas doing the same for the European contingent with the ex-Garry Willmington Group A Jaguar XJ-S. From the Holden camp we have Adrian Allisey in the ex-Leeson/Willmington Walkinshaw VL and Jamie McDonald in a VN Commodore representing Group A. Amongst the older Group C cars are Stephen Axisa in a Torana GTR XU1 and Michael Logiudice and Russell Stenhouse on board A9X Toranas.

With entries still flowing in every day, we have a small but potent Ford entry to share. Carey McMahon is sure to have a run at the pointy end in the 1990 Benson & Hedges Ford Sierra RS500, while Terry Lawlor has been strong all season in the Bob Morris/Bill O’Brien Ford XD Falcon. 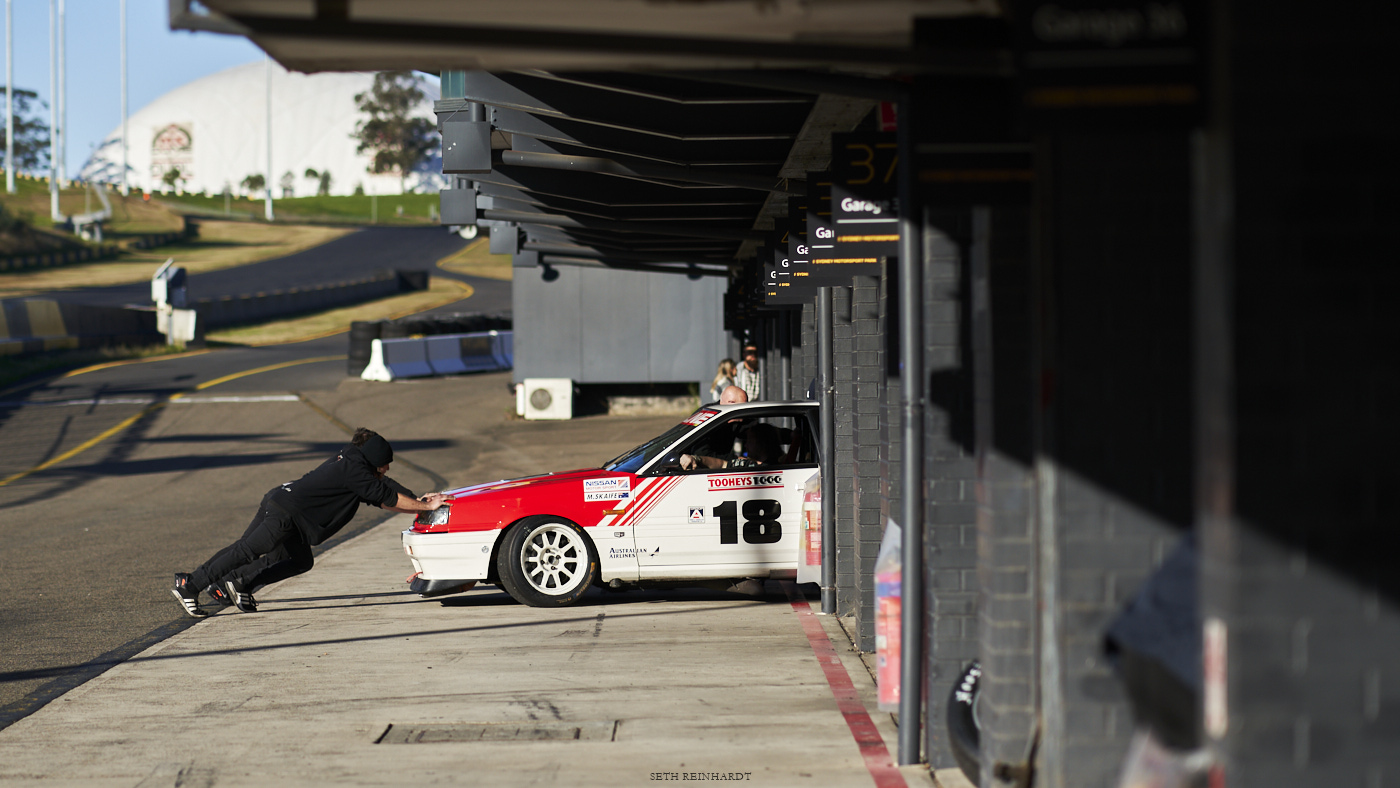 We’re thrilled to welcome Heritage Touring Cars to the Sydney Classic, and look forward to seeing the Legends of Bathurst in action amongst an exciting entry of historic sport and racing cars at Sydney Motorsport Park over the 11th and 12th of June, 2022.

If you have a historic machine and would like to take it for a run, entries are available through the Motorsport Australia Members’ Portal. Spectator passes are available online in the lead-up to the event and will be available at the track on the day.